In lockstep, national governments around the world have used executive power to shutter vast areas of social and economic life. Its impact across numerous sectors of human society will be studied in multiple disciplines for decades. A goldmine of often pristine data awaits our scholars of the future.

Now we face a pressing question. It is especially relevant as the Southern Hemisphere moves into the heart of winter, and it will be relevant again next year as the leaves start to fall in the North. How exactly should a lockdown be justified?

It is not a simple matter. It cannot be answered by epidemiologists, though their models will provide crucial input. They cannot answer the question because they are not trained to understand how the economic and social levers pressed by the lockdown, translate into life and death.

In a developing country context, it is essential to compare the (projected) “lives saved” due to the lockdown against the (projected) “lives lost” from the general income decline caused by the lockdown. It is a fool's errand to argue that a lockdown has no benefit in terms of slowing the spread of a virus. By increasing human separation, lockdowns lead to decreased virus fatalities in the short run. These savings might even be sustained in the long run if a vaccine is developed. And if a vaccine is not forthcoming, if the lockdown flattens the daily infection curve, it can allow countries to make better use of their constrained health capacity, saving lives.

However, it is equally clear, especially in developing countries, that lockdowns cause increased unemployment and poverty, which cause misery, hunger, ill health and death.

According to a report from the Harvard school of public health, the 2008 financial crisis led to 500,000 excess cancer deaths worldwide. That’s just cancer in a relatively small economic downturn. The IMF is predicting a 3% contraction in economic output for 2020 – a far steeper fall than the 0.1% decline of 2008.

It is worthwhile quoting the WHO directly:

“The world’s biggest killer and the greatest cause of ill-health and suffering across the globe is listed almost at the end of the International Classification of Diseases. It is given the code Z59.5 — extreme poverty. Poverty is the main reason why babies are not vaccinated, why clean water and sanitation are not provided, why curative drugs and other treatments are unavailable and why mothers die in childbirth. It is the underlying cause of reduced life expectancy, handicap, disability and starvation. Poverty is a major contributor to mental illness, stress, suicide, family disintegration and substance abuse. Every year in the developing world 12.2 million children under 5 years die, most of them from causes which could be prevented for just a few US cents per child. They die largely because of world indifference, but most of all they die because they are poor.”

The world's biggest killer is poverty. When you increase poverty, as occurs when you lockdown the economy in a developing world, you increase death. The world has made enormous strides in tackling poverty, bringing down the number of extremely poor people living on less than $1.9 per day, from around 36% of the global population in 1990 (1.9 billion people) to around 9% in 2018 (650 million people). Currently, 135 million of these extremely poor people face "acute hunger." The World Bank now projects an additional 50 million people will fall into extreme poverty due to the Covid-19 crisis, taking the global count to 700 million. And the World Food Program projects that a further 130 million people will face acute hunger by the end of 2020 due to global lockdowns, almost doubling the 135 million people in the world who are already starving.

The impact of economic decline is most acutely felt by young children and infants, where malnutrition leads to irreversible stunting or death. A United Nations report on the 2008 financial crisis found it would lead to between 200,000 and 400,000 infant deaths. A study from the Bill & Melinda Gates Foundation, published in The Lancet, found that the Covid lockdowns, in the "least severe scenario... would result in 253,500 additional child deaths and 12,200 additional maternal deaths."

Here is Professor Haroon Saloojee, head of the Division of Community Paediatrics at Wits, commenting on the lockdown:

“We know that there will be an increase in food insecurity and hunger will impact on children’s nutritional status and higher rates of SAM [severe acute malnutrition] can be expected across the country.”

A meta-analytical study of the literature shows that if South African GDP drops by 5%, an estimated 2,500 more infants will die in childbirth, every year that the economy remains 5% below its “but for lockdown” trajectory. According to the National Treasury, we are headed for a GDP decline of over 6%, risk losing up to 7 million jobs and up to 32% of tax revenues. By all accounts the decision to bring our entire economy to a virtual standstill for 2 months will have massive ramifications. As President Ramaphosa recently said:

“Covid-19 has brought about a total destruction of our economy.”

But it’s not Covid-19 that has done this — it's the lockdown. The lockdown is intended to save lives. Yet the fact that lower income leads to more misery and higher mortality is the bedrock of almost all our policy decisions. Black Economic Empowerment is important because by increasing the income levels of black communities, people live healthier, longer and happier lives. Conversely, when poor people are further disempowered they live less healthy and shorter lives. Their children die in childbirth and from preventable disease.

One therefore has to be able to say something like this. We are willing to sacrifice X% of our long run GDP, and anticipate that will lead to Y lives being lost due to unemployment and poverty, but we are willing to do this because we believe the lockdown will save Z many lives. Because Z is bigger than Y, we choose the lockdown.

Just like epidemiologists use models, medical researchers and economists employ statistical peer-reviewed models for tracking how GDP and human mortality are related. Both model sets are only "best-guesses" - but alas, they are the best guesses we have.

It's crucial Government has a working theory that translates different sets of lockdown and social distancing regulations into GDP declines and then into lives lost. They also need a working model which predicts how many lives will be saved from the different sets of regulations, given the best information on disease spread dynamics, fatality rates and hospital capacity.

Neither of these models have been provided to the public.

The onus is on the Government to justify the lockdown, not for its citizens to prove it's unwarranted. Constitutional Court Chief Justice Mogoeng expressed grave concerns over the lockdowns, encouraging citizens to challenge the regulations if their rights have been unduly infringed. We have the right to gather, to trade and to travel within the borders of our country. We have the right to work and sustain ourselves with the labour of our hands. If a Government seeks to suppress these rights, it cannot do so simply by pointing out that some benefits will accrue if those rights are suppressed. It is essential that they show with reasons why those benefits outweigh the deadly costs the act of administrative fiat will impose. This has not been done in South Africa. In our view, then, the lockdown regulations remain improperly imposed.

This is the second in a series of articles on Covid-19. Our first article, presented in an infographic, derived fatality rates across demographic and health profiles based on official data out of New York. 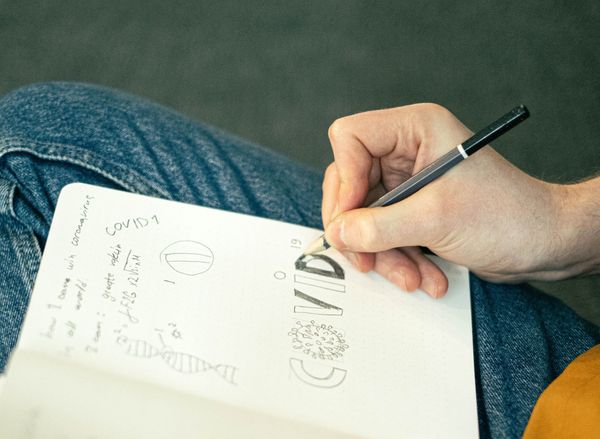 We emphasize the importance of natural data measures. If you can't explain your point simply in a simple graph, it will remain in only a few minds. To help cut through the noise in Covid-19 analysis, here are a few of our trade secrets. Good news: no logs. 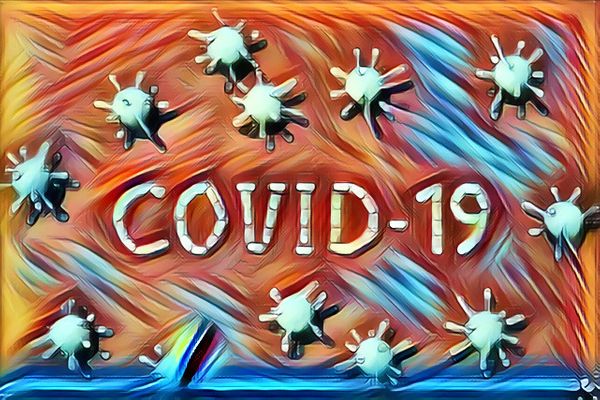 New York City fatality rates derived from official government data. Based on the most recent 15,000-person random testing study released on 2 May 2020.